The #1 Worst Listening Habit (and How You Can Break It) 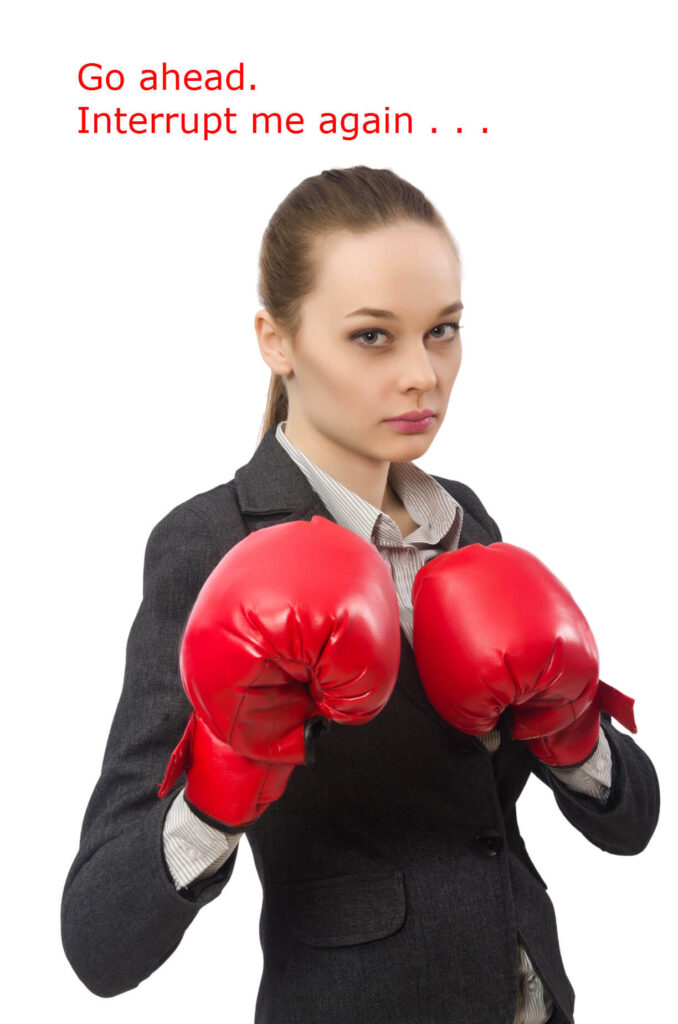 The other morning I was on the phone with a colleague and within about 90 seconds, I was reminded why I didn’t like him — It was his bad listening habit.

Throughout our short conversation, I didn’t get to finish one sentence because he completed every one for me. Sometimes his “guess” about what I was going to say was accurate. Other times, he was way off base. Had I known him better, I would have used the sarcastic response to interruption that has become a staple of “The Triad” (code name for my family), 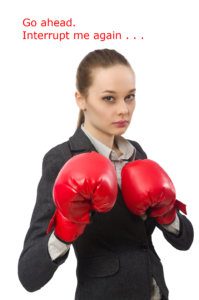 Listening is probably the most important communication skill we possess, but the one for which we receive the least training and even less feedback. As a result, many of us have not only developed, but cultivated poor listening habits throughout our lifetimes.

In fact, I listed the most common ones in a blog post last year called, “Six Bad Listening Habits Everyone Should Break”.

However, the one that probably annoys me and many other people the most is the bad listening habit of interrupting, and more specifically, finishing other people’s sentences.

If you’re of those people who chronically finishes other people’s sentences, it might make you feel better to know there is a scientific basis for the phenomenon. In 2014, the Journal of Neuroscience published results from a study that shows that our brains are almost constantly predicting what other people are going to say. So on one hand, your desire to finish others’ sentences isn’t your fault. However, crossing the line from PREDICTING what someone is going to say in your head and actually finishing others’ sentences is something else. Social scientists have found that people who finish others’ sentences have a variety of motives. Some just want to be more active in the conversation, show support for the speaker, or take the conversation in a more positive direction. Others are just egotistical and want to dominate or control the conversation.

However, for those who can’t even get their thoughts out without you “helping,” they don’t care about your motives. They just want it to stop! It’s frustrating, annoying, time consuming, and their interpretation is that you just don’t care what they have to say.

If you know you’re a chronic “Sentence Completer”, you can break this habit with a little effort.

Change your mindset about listening. Go into a listening situation with the primary goal of truly and fully listening to what the other person is saying, not using every conversation as a platform to get in your “two cents worth.”

Bite your tongue. When I feel myself wanting to finish someone’s sentences, I’ve trained myself to literally bite my tongue- not hard enough to draw blood or anything, just to keep it still and as a way to keep my mouth shut.

Stop lip reading. If you’re in a face-to-face conversation, some “Sentence Completers” reinforce their bad habit by looking closely at the lips of the speaker, as if guessing the words that are forming there before they’re actually said. If this is you, don’t look at the speaker’s lips, look at his or her eyes. Not only will this help stop your interrupting, but it will also help you stay more focused and attentive.

Rest your chin on your hands. Finally, some reformed interrupters have found that resting their chin on their hand or fist helps keep both their mouth and mind still and has the added benefit of “looking” especially attentive.

Have any other suggestions for those who want to stop finishing others’ sentences? Comment with your ideas!

If you’d like to learn more about improving your listening and other critical communication skills, check out my book, Practical Communication- 25 Tips, Tools, and Techniques for Getting Along and Getting Things Done.