Three simple steps for responding to negativity the RIGHT way 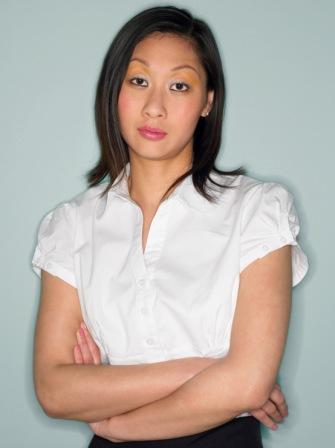 A few weeks ago, I put out a “cry for help” on Facebook because I was stuck for ideas for my blog. One of the topics that came up and was echoed by several others, was dealing with negativity at home and in the workplace.

I can relate to people’s frustration at how to respond when someone else is being negative because I’ve experienced it myself a few times in my half century or so on this earth. What I’ve learned, is that many of the things that we do try to do to respond to negativity just don’t work. It doesn’t help to just tell someone to stop being negative and it definitely doesn’t help to respond with positivity- a fact that became very clear to me when my husband blew up at me one time, claiming, “You always take everyone else’s side!” It was that day that I realized that trying to COUNTER negativity wasn’t the way to go. It invalidates the feelings of the person expressing them. What you have to do FIRST is validate their feelings and show understanding before they’ll ever be able to see, or listen to, a more positive viewpoint.

Responding to negativity isn’t always easy, but the steps for doing so are simple:

Rather than saying to your colleague Nicole, “You shouldn’t be upset that Bob didn’t include you. He probably just forgot.” Instead say, “I can understand it’s frustrating to feel you weren’t included.”

Step 2. Try to find something with which you can agree.

If there’s something the person has expressed that you agree with, do so. It adds an extra level of acknowledgement and further shows that you understand their feelings. You might say, “I’d feel the same way if I thought I’d been excluded me on purpose.” Of course, if you wouldn’t feel the same way or you can’t find something that the person has said that you agree with, then don’t try to fake it. Just move on to Step 3.

Step 3. Help others find their positivity and share your own.

Once you’ve shown that you’re not going to disagree with them and in fact have validated their feelings, people are generally more open to finding the positivity in the situation or hearing your positive alternative viewpoints. In this step, you might ask the person, “Is it common for Bob to exclude you from important conversations?” Assuming that Bob doesn’t, it opens the person’s mind to the possibility that the exclusion was just an accident, or at least something worth giving Bob the benefit of the doubt over. If Bob does regularly exclude Nicole from important conversations, then the conversation should turn into a discussion about how Nicole can address this issue with Bob. However, if Nicole was simply feeling negative and was overstating the problem, she’ll now see that she might be making a bigger deal about this one instance than it needs to be. Alternatively, you can also share your own positive experiences to counter Nicole’s negative one and to give her some positive alternative evidence. You might say, “I see that the email went just to the marketing team. It’s possible that Bob didn’t include you because he wanted to get their input first before sending it on to the rest of the group.”