Empathy: Why It's Important and How You Can Give It 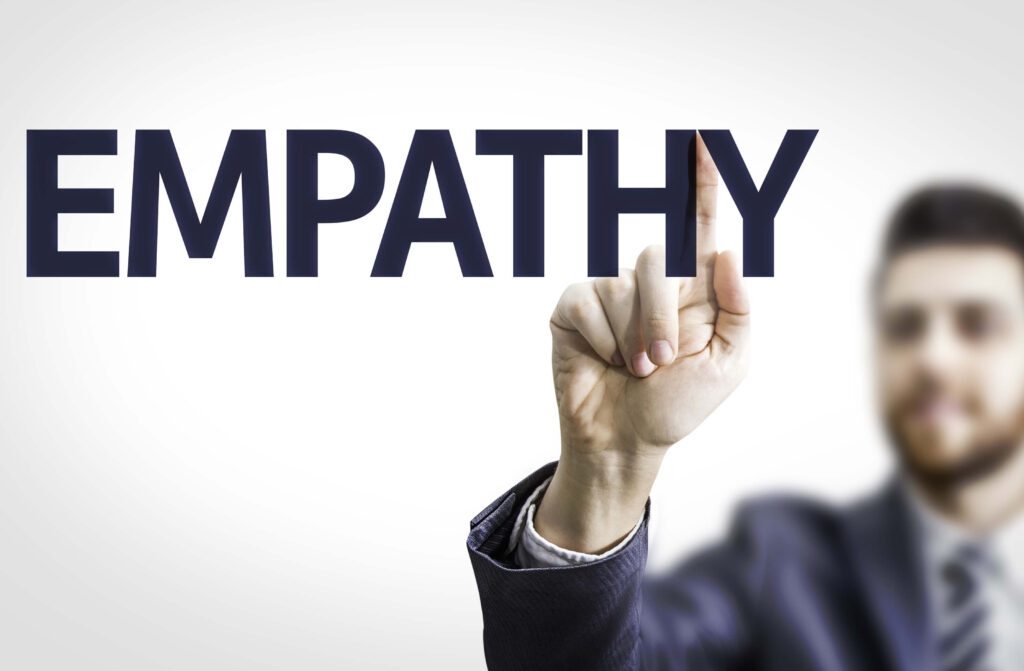 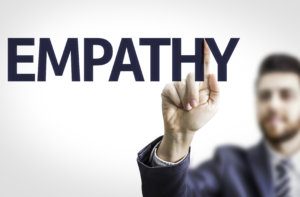 Many people have heard that empathy is putting yourself in someone else’s shoes. This is a simple way of saying that we should try to see things from the other person’s perspective and try to understand how they feel—simple to say, but not as simple to do.

Many of us try to be empathetic, but in doing so, we have a hard time getting out of our own shoes.

To empathize with another person means that for a moment we put aside our own feelings, values, and judgments, and try to take on those of the other person, so we can understand their situation.

We need to listen to not only what people say with their words, but to what they’re feeling. Sometimes people will make things easy on us and just tell us how they feel. However, in most instances, we have to gather information about feelings from what the person’s voice and body language are telling us.

How many times in the past few weeks has someone you know expressed a need for empathy?

Most of the time, people don’t open up and ask for it directly.

All of these instances are opportunities to show others you’re paying attention—that you “hear” their need for empathy.

For example, Tom walks into the room, his shoulders are slumped, and he lets out a heavy sigh. We ask if everything is alright, and he says, “I guess … I just heard that Carl got the account executive position I applied for.”

What should we say next?

1. “That’s great. I’ll have to go congratulate him. He’s perfect for that job.”

2. “That’s too bad, but I don’t know why you wanted that job anyway, I would never have applied for it.”

Response number 1, although nice for Carl, completely ignores Tom’s feelings about not getting the job.

Response number 2 is a common approach. In an attempt to make Tom feel better about not getting the job, we make a negative comment about the job. The problem with this response is that Tom wanted that job or he wouldn’t have applied for it. In our attempt to make Tom feel better, we’re really sending the message, “You were stupid to apply for the job,” and he may end up feeling even worse after talking with us.

Response number 3 is sympathetic and positive, but it doesn’t acknowledge what Tom said or how he feels. A response like this can often come across as a “brush off.”

An empathetic response acknowledges a person’s words and feelings and demonstrates we’re really paying attention to what he or she is trying to communicate. It also lets the person know that we’re interested in listening to their thoughts and feelings about the issue. Although Tom never says, “Hey, I’m upset I didn’t get the job. I really wanted it, and I need to talk to someone about it. Do you have time to talk?” His words, body language, and voice indicate he may want to talk about it. Otherwise, he probably would have remained silent.

To express empathy, paraphrase the words the speaker has expressed, including any emotions stated. If emotions aren’t stated but are implied through nonverbal communication, it’s important to paraphrase those as well.

Lynda: “Is everything all right?”

Tom: “I guess … I just heard that Carl got the account executive position I applied for.”

Lynda: “You sound disappointed. I know you really wanted that position. Do you want to talk about it?”

Some people worry that stating “You sound disappointed,” is risky because we can’t really know how someone else is feeling unless they tell us, and they’re correct. Tom may be angry, frustrated, or feeling something else. If he is, he’ll generally respond and say so, but will still appreciate that Lynda was attentive enough to know he wasn’t feeling great.

Empathizing with others isn’t easy, but it’s an essential tool for building great personal and working relationships. It’s one of the most important ways you can show others that you’re paying attention and you truly care about them.

To learn more critical communication skills, check out my book, Practical Communication: 25 Tips, Tools, and Techniques for Getting Along and Getting Things Done or my 3-minute-a-day, Communication Skills for Career Success video program.