5 Communication Lessons I Learned From the Worst Puppy in America 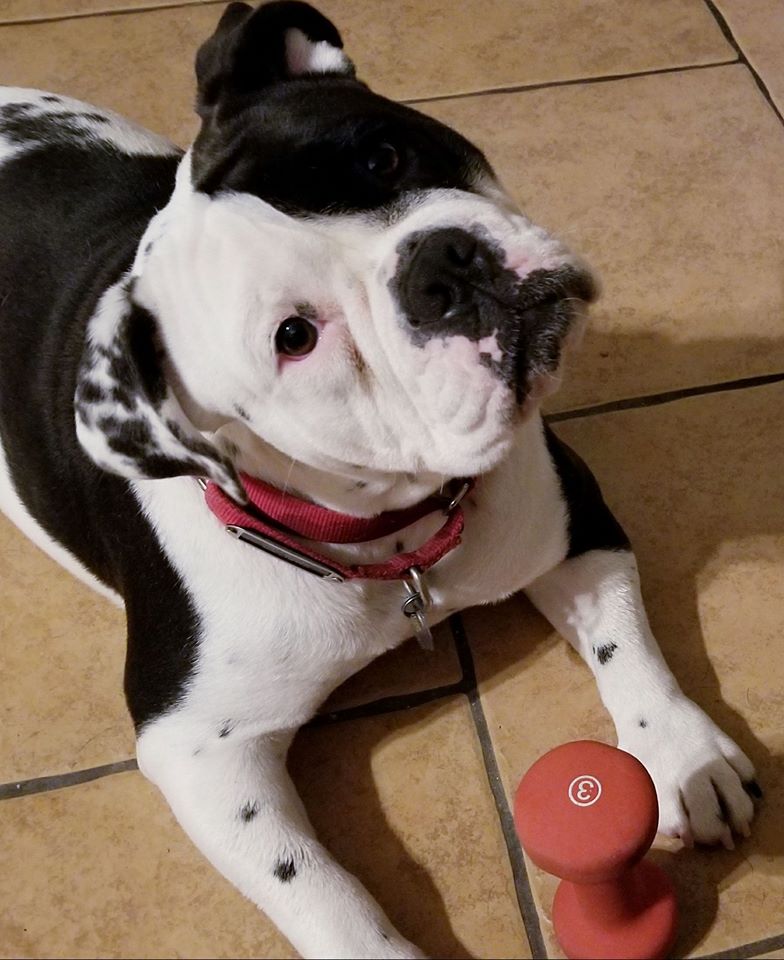 Some of you who follow me on Facebook or Twitter know that about a year or so ago, we got a new dog . . . Guinevere who is also known as Gunny, Gummy Bear, and most famously, the #WPIA (Worst Puppy in America.)

When she came to us, the #WPIA was covered in mange, had bald spots all over her face and back, and she STUNK. A normal person would have probably done just about anything to avoid having this dog touch him or her. However, when I first met her, her pure joy in getting the smallest amount of attention was contagious (much like the mange- just kidding). She wiggled, she jumped, she threw her 50-lb self onto my lap, and by the end of a few minutes, I looked and smelled as bad as she did. However, you just can’t be mad at a being who is purely joyful. She really just made me laugh.

Over the past year, I can’t say I’ve done a good job at training her. She does know sit and she comes when you call her . . . for the most part. However, she’s taught me a lot as I’ve observed her recovering from her mange, adapting to our family, and generally just growing up, so I thought I’d share a few of those lessons with you.

1. Always show others that you’re happy to see them . . . even if you just saw them 5 minutes ago.

People need to know that you appreciate them, that they add value, and that you like having them around. Smile, wag your tail, jump for joy, whatever it is you do best to let them know you’re happy they’re here.

The #WPIA just wants to be near me. All the time. She sleeps under my desk when I work, follows me to the kitchen, and I have to make sure I shut the bathroom door quickly before she gets in if I want any privacy. However, for her, it’s not enough to be in the same room. She has to touch me, like she is right now, laying under my desk with her face on my foot- snoring by the way). Now before you start worrying about sexual harassment or something, I’m not saying you have to touch people and I certainly don’t want you doing anything inappropriate. However, we do make connections with other people through touch. Whether it’s hugging your kids, shaking hands with a new coworker, or comforting your neighbor on the loss of a parent. It’s a scientific fact that touch releases Oxytocin which makes us feel good, reduces stress, and even lowers blood pressure.

Dogs don’t have the benefit of verbal communication to let others know how they feel or what they’re thinking. They do it through nonverbal communication. Even the youngest puppy can understand when mom has had enough jumping, biting, and playing, by the curl of her lip, a growl, or a body blocking action. If we people wanted to be better communicators, we’d pay more attention to others’ actions than words. The employee who hesitates and says with a concerned look on his face, “Uh, yeah . . .I understand,” definitely does NOT understand what you want him to do. Instead of ignoring what his nonverbals are telling you- believe them. They’re carrying a lot more truth than the actual words he said.

4. If you want something from others, you have to let them know.

When it gets to be about 4 pm, my dogs start getting antsy. They start pacing around, stopping by me and looking at me, and if I get up from my desk, they all start dancing around, barking, and run to their food bowls. There’s no doubt what they want from me. However, we people expect others to read our minds, as evidenced by the comment I hear often, “He (she) should KNOW what I (mean, want, need)!” If you need something, say so. If you want something, ask for it. If you want others to know what you mean, communicate it clearly and specifically.

Have you ever noticed that dogs don’t hold grudges? You can scold them one minute and take away that great shoe they were chewing on and a minute later, they’re running over to you for a belly rub. Even the dogs I see at the shelter where I volunteer who have been SADLY neglected, starved, and worse, will still lick your hand and wag their tails when you scratch them behind the ear. We could learn a lot from that.

What communication lessons have you learned from your pets? Comment and let us know!