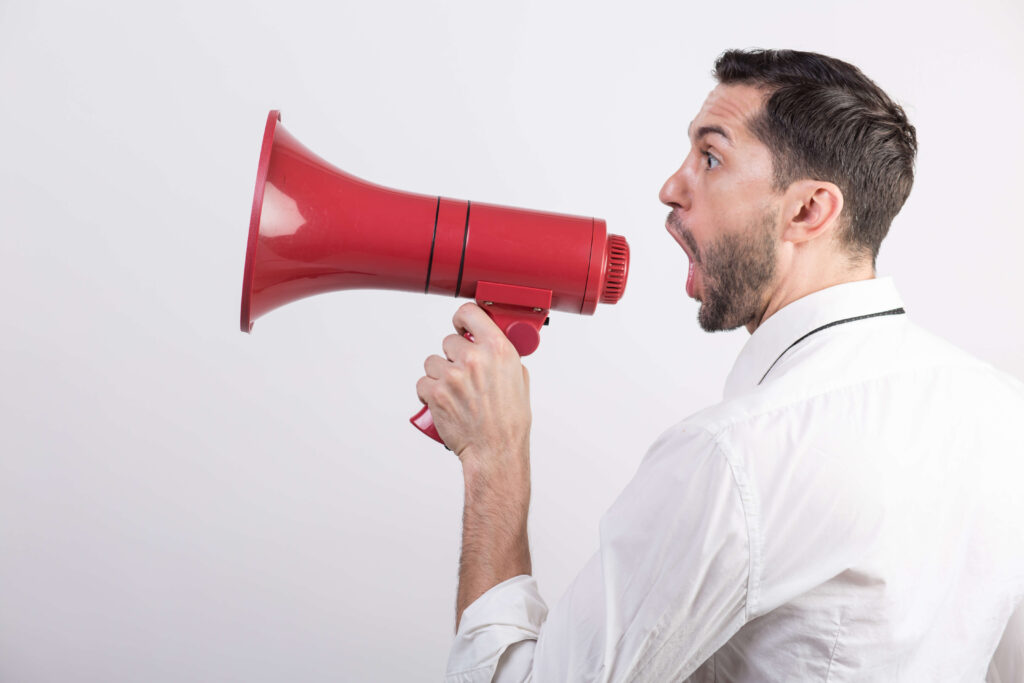 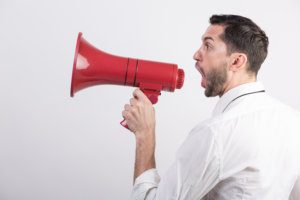 We all know at least one. It’s that guy who only asks how you’re doing so he can jump in and tell you how he’s doing. It’s that gal who has to let you know all about the great things her son is doing, but never asks about even ONE of your kids. They’re the Conversation Dominators of the world, otherwise known as CDs. The people who only start conversations so they can end them, who interrupt you at every turn to tell you their side of the story, or only ask about your family so he or she can tell you how great (or how bad) theirs is.

There are a couple of ways to deal with the people in your life who are CDs, and none of them involve taking a pill. The method you choose will depend on your willingness to be assertive and your goals for the situation. If the CD is a close friend, you might choose differently than if the CD was a person you didn’t like and with whom you had no interest in continuing a relationship. Here are the options:

1. Let the CD know you want some of the spotlight. If you wanted a continued relationship with the CD, you might say, “Amy, I enjoy our friendship and our conversations. There are times though, when I feel like I’m doing most of the listening and I don’t get to share with you what’s going on in my life. I don’t mean to criticize, but I wanted you to know how I felt because I value our friendship.”

Then you can see how the person responds and decide where you want the conversation to go from there. You should also be prepared to let the other person know what you want from him or her as a listener, instead of as a talker. You might tell the person that you’d appreciate being able to share how your kids are doing, or use a little humor and say, “Would it be okay if I let you know when I’d like to have my turn to talk?”

2. Turn the tables on the CD. A more passive approach, possibly bordering on passive aggression, would be to become a mini CD yourself. For example, when the CD takes a breath to tell you about her next project or the next item on her kid’s list of accomplishments, use the opportunity to jump in and say, “That’s so awesome, I’ve also had a big breakthrough on my project too . . .” and then take over the conversation. Although not as assertive or direct as option 1 above, it can sometimes get the job done. CDs don’t like to converse with other CDs because they don’t like to compete for “air time.”

3. Communicate your disinterest nonverbally. If you’re not willing to take a more assertive approach, another passive approach would be to subtly disengage in the conversation. People often don’t realize that half the reason a CD keeps going on and on is because they encourage the CD to keep talking by saying “Uh huh” and “really.” Stop saying, “uh, huh,” break eye contact and look elsewhere, or start doing something else. If you’ve been trapped by a CD in the hallway before you’re trying to get to a meeting, turn sideways from him or her and look in the direction you need to go. If you do continue to converse, longer pauses between your comments, such as “uh (pause) huh,” will cause a disconnect in the conversation and will likely make the CD uncomfortable. Although it breaks all the rules of politeness, it will likely result in the CD moving on to something or someone else.

4. Tell the CD that you don’t have time to talk.Take an opportunity when the CD pauses to take a breath and say, “I’m sorry, I need to go. I’ve got to be at a meeting by 2 pm.” Then just say good bye and walk away. If you don’t really have somewhere else to be, you can still say you need to go. Everyone has something they could be doing that’s probably more important than being hogtied by a CD. If you have trouble lying, try this. Think of something you’d rather be doing. Got something? Now that’s your reason to leave.

5. Avoid the CD altogether. When all else fails, limit your exposure to the CDs in your life. Don’t accept her lunch invitation or sit by him at your kid’s sporting event. If you see a CD down the hallway, turn around and head somewhere else for now. Although I’m not a big advocate of avoidance, it is an option in some situations.

Finally, a special appeal to CDs:  As a professional speaker, I have no problem taking the stage. I have to fight the urge sometime to dominate the conversation. I literally have to bite my tongue. However, seeing the negative impact just one CD can have on a conversation, in a meeting, and experiencing the disengagement of everyone in a group when a CD takes over, I find it a lot easier to keep my mouth shut. Instead of being the one talking all the time, make a concerted effort to engage others by asking them open-ended questions and really listening to their responses. Don’t interrupt, or try to “one up” people. Just acknowledge them and then ask another question. Your stage-hogging tendencies can be curbed with a little bit of effort and some basic courtesy and concern for others. You’ll also gain the benefit of better relationships as people learn how much you really care.