Are You Afraid to Tell People What to Do? 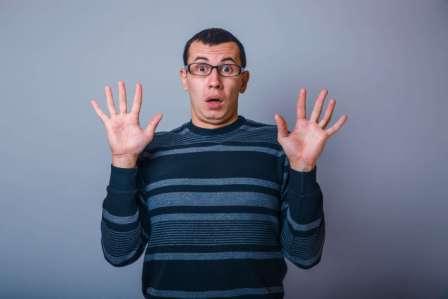 I recently received an email from a manager asking for help. She works in a medium-sized organization and struggles with delegation, even when the things she’s delegating are in her employees’ job descriptions. She feels guilty and finds herself apologizing for asking or reminding people to do their jobs. I can tell you she’s not alone. Every week I come across leaders in corporations, non-profit organizations, and even community groups who are basically afraid to tell people what to do. They’re afraid of appearing, rude, bossy, and controlling and in instances when leading volunteers, they often don’t feel they have the right to tell others what to do.

If you struggle with being afraid to tell people what to do, here are some tips for overcoming your fears.

1. Realize that people might APPRECIATE role clarification and expectations.

Rather than looking at it as “telling people what to do,” think about the fact that you’re just clarifying their duties and expressing their importance. You’re also making your expectations and requirements clear. Without this clarity, people become confused, frustrated, and unproductive. I’d rather someone tell me, “Hey, I need you to be doing X,” than to spend my day working on Y only to find out that wasn’t needed.

2. Make communicating with others a routine.

If I have a formal or informal leader who routinely makes time to ask what I’ve accomplished, what goals I have on my “to do,” list, and what struggles I’m facing, it won’t seem awkward or out-of-the-ordinary for him or her to drop by and check in. Where it becomes awkward is when communication is infrequent and a leader only checks in when something’s wrong.

I think the feeling of “guilt” some people have in telling others what to do stems from a couple of places. First, it’s our upbringing that says we’re impolite or bossy when we tell people what to do. Second, it’s this mistaken belief that many managers have that employees know their jobs and shouldn’t have to be reminded to do them. Finally, I believe the biggest thing that causes guilt or fear is the reaction of employees themselves. Whether it’s a heavy sigh, joking comment about an overflowing plate, or tears, many people have learned to manipulate others with negative reactions when they hear something they don’t want to hear.

A manager who gets the eye roll and heavy sigh from the employee he’s just reminded about a job duty, will often think twice about addressing the issue again because of the employee’s response. Don’t allow this type of manipulation to stop you from holding others accountable. If need be, talk with the employee about his or her response and then address its merit.

For more helpful information about leadership communication, check out my virtual training programs!

Post Views: 597
accountabiity afraid to tell people what to do amy castro blog